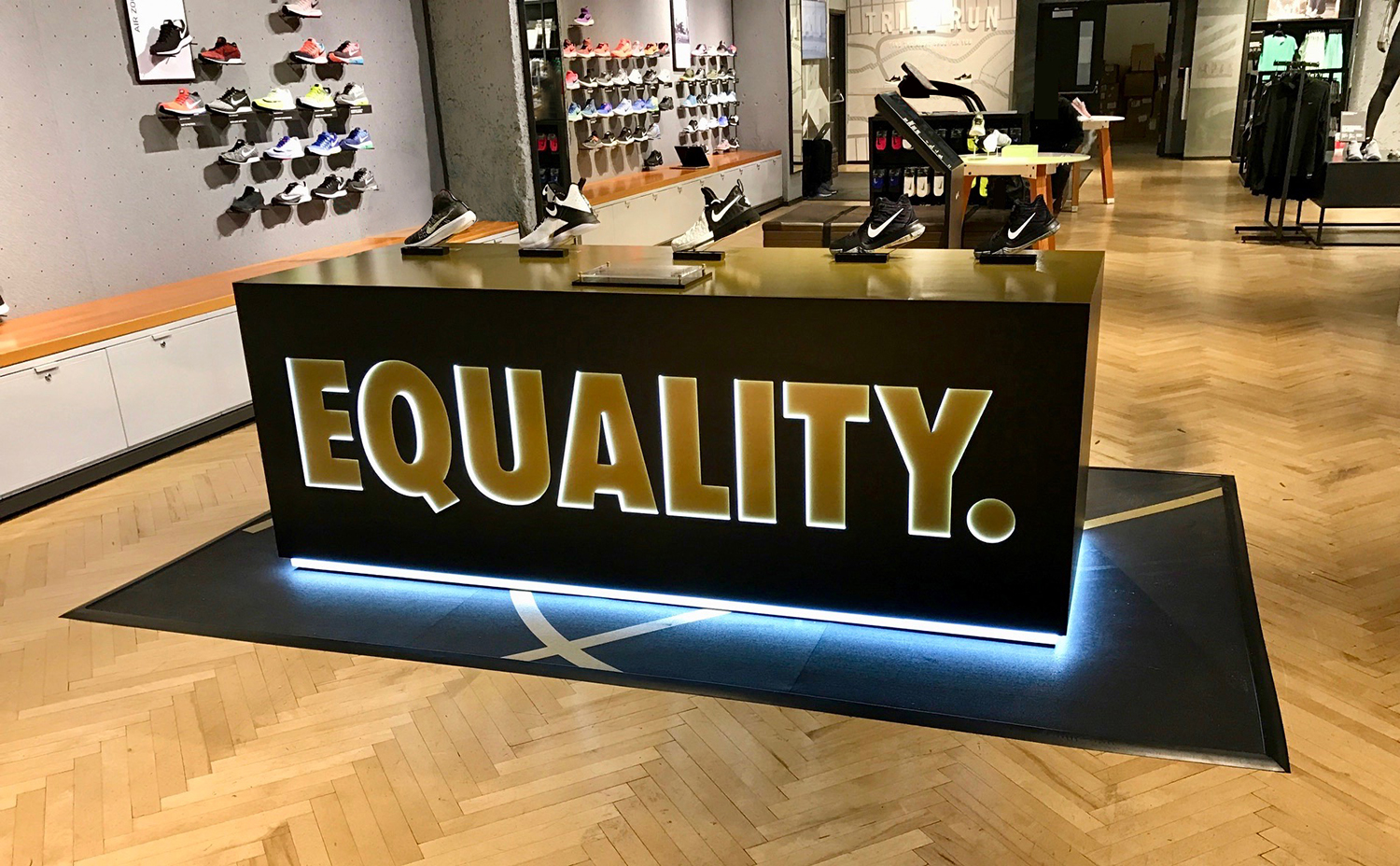 As part of their annual Black History Month Collection, Nike rolled out a new ‘Equality’ campaign, which includes a black and white ‘Equality’ tee shirt that promotes diversity and inclusion, and expresses Nike’s commitment to advancing those ideals. As a kickoff to this collection, they delivered a powerful ‘Equality’ ad with a clear message during this year’s Grammys. Nike made this statement surrounding this year’s campaign, “Over the past decade plus, the message has also evolved from an honoring of African-American athlete achievement to a wider celebration of Black heritage and the power of sport to fuel community action to create positive change.”

The ‘Equality’ campaign launch included in-store installations to the entire Nike owned store fleet. ACME was fortunate enough to be a part of this powerful initiative as a partner in the custom fabrication of key retail display designs and other vital pieces to this campaign. Two ACME produced pieces to note were the creation of the custom crafted campaign photo booths, used in a handful of stores, and the internally illuminated display tables with edge-lit ‘Equality’ signage, that showcase a special Black History Month line of sneakers.

The overall store installation was designed to create an interactive with the consumer, and showcase clear and pointed messaging regarding equality. One clear message that ‘If we can be equals in sport, we can be equals anywhere.’ ACME is proud to have contributed to this incredible campaign and to play a part in Nike’s efforts. To learn more visit Nike: Equality. 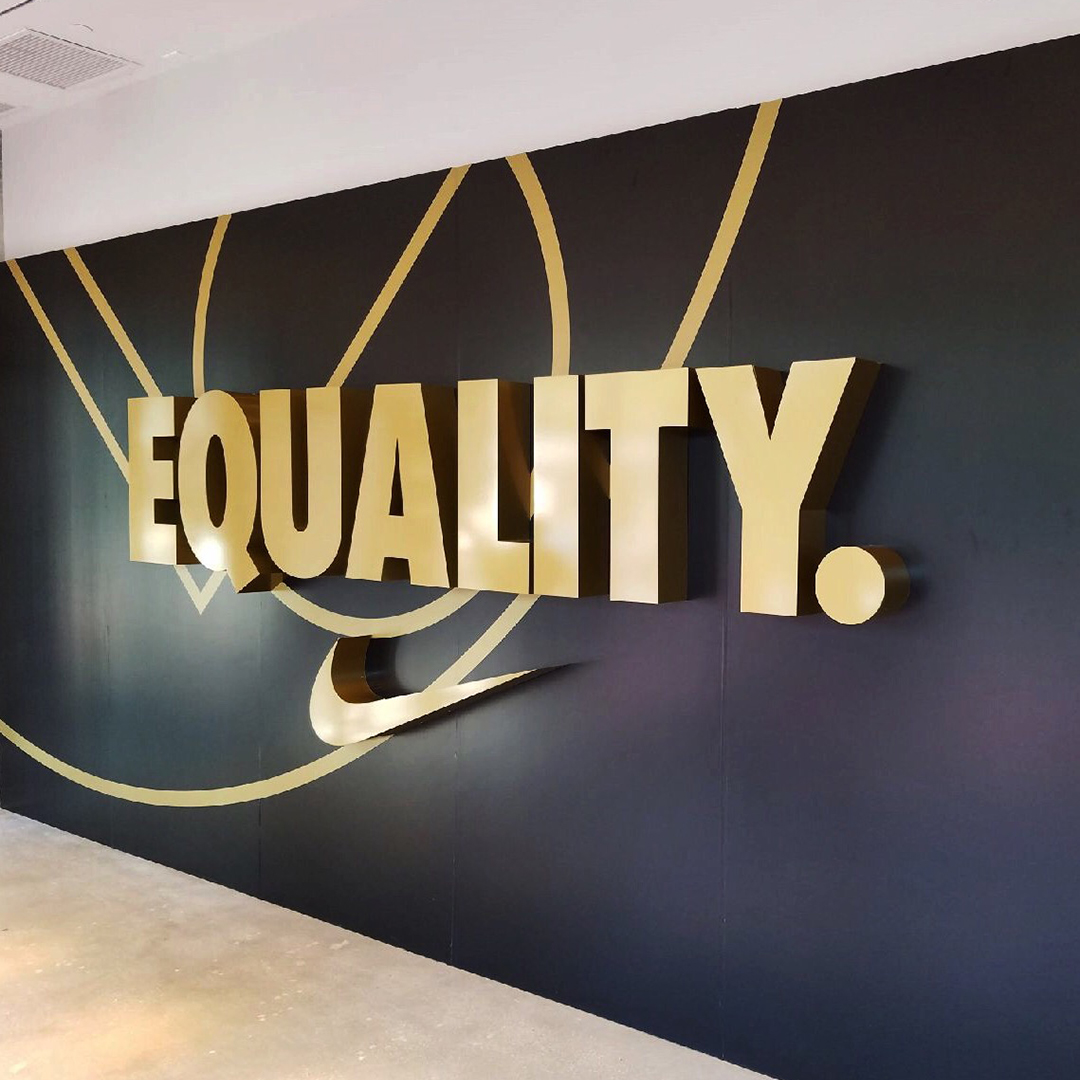 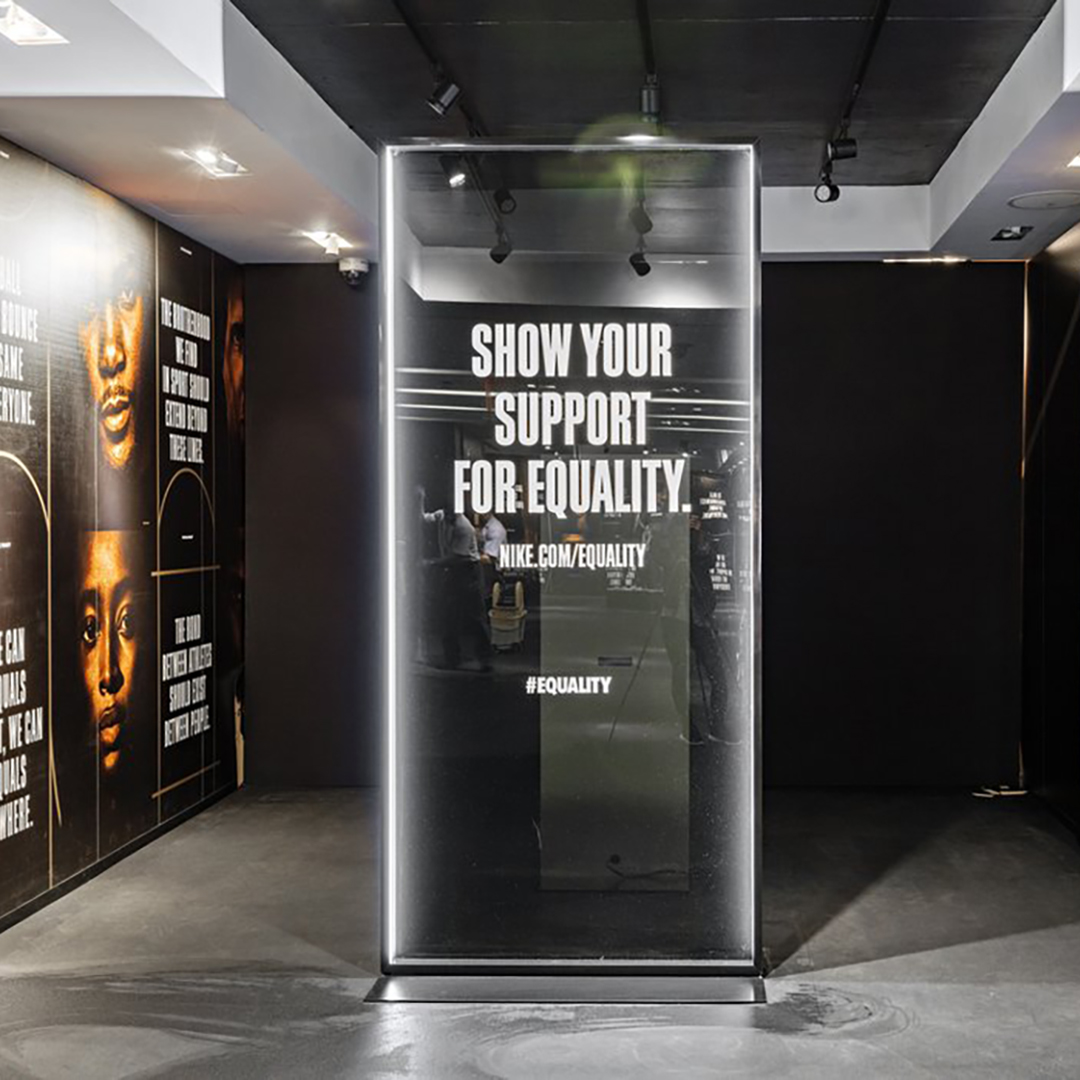